Posted by Heather Harlow on Aug 18, 2015 in Argonians, Book Insights

Fertility was decreasing and threatening the Argonians survival…

The planet Argon experienced growing fertility problems several millennia ago.  Their race was slowly becoming extinct because their people were not producing more than one or two offspring per couple.  The problem had become widespread on Argon.   The increase of childless couples was increasing at an alarming rate, threatening the survival of their people.  To further complicate the statistics, only 60% of the entire male or female population would even desire to pro-create.  The other 40% of the male/female population were only interested in same sex liaisons, but which usually resulted in one offspring per couple via artificial insemination.  It was an excepted way of life on Argon. 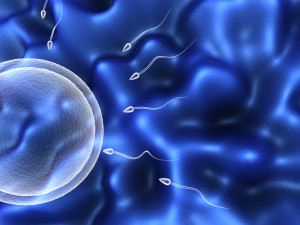 At the outset, the Argon physicians’ and scientists’ initial solution was 70% of the time resolved with proper placement of the sperm so as to meet with an egg.  The humans on Earth call it artificial insemination or IVF.   However, this was a costly solution and took time and effort.  Their scientists wanted a more permanent solution to increasing the fertility rate.

One way to increase the rate was to increase the size of the males’ penis’s.  That way, IVF would be unnecessary.   The longer penis increases the ability for the male’s sperm to go far enough in the female’s womb to fertilize eggs.

While the physicians and scientists researched DNA adjustments needed to increase penis size, they stumbled upon a way for their males to preserve their fertile semen.  They learned that the males could (through practiced body and energy control) regulate the release of their fertile semen.  This conservation increased the potency so when released, it was highly effective.

Increased sperm potency and implementing an infant injection for males to increase the potential growth size of their penis, the fertility problem was well on its way to being resolved.   After implementation, over the next 100 years, the Argon males eventually were able to grow their penis to a minimum of seven inches, with the average being eight inches in length.   The injections had become standard for infant males.

The subsequent generations of Argonians saw a noticeable spark in reproduction.   After only seventy-five years, the childless couple rate went from over 65% down to 10% for their planet.  The growth was a boon to the planet and ensured their race would be secure for the future.

However, the side effects of men from Argon with these special skills is an increased sexual appetite and a possessiveness over any mate they choose.   It was a basic paradigm shift for their culture.  Mates became “for life” on Argon.  Mates were identified once a female gave birth to a male’s child.  Although, keep in mind, only approximately 60% of the male population chose this path.  Yet, it was enough to sustain their population over time.

Just wait until the Argonian men are unleashed on the human females.  Oh what joy awaits the women of Earth!