The pilot’s legs are broken and her back is fractured; although she doesn’t know it, all she knows is the pain.  Her foot is bloody, swollen, and unusable, but she has to go get help at the pilot’s request.  Damn, but she can’t walk! ‘What the hell?’ she thinks, ‘how am I going to go anywhere?’ With her back killing her like this, there’s no way she can hobble and limp to get help, who

knew how far she’d have to go. They were in the middle of a field in nowhere, backwoods, southern Georgia.

‘Crutches, if only she had crutches, she could walk,‘ she thought.

She immediately limps over to where the plane tail has landed in the trees and retrieves sticks to use as crutches. She tests several before she finally finds two she can use. She begins to make her way to find a road or some help. At some point she passes an empty house and she just breaks down and cries, the panic of the situation finally getting to her. She cries, ‘why can’t somebody be home?’ But she knew that crying wouldn’t get her any further down the dirt road. She had to suck it up and keep moving.  Besides, there looked like a paved road ahead.

The first paved road she comes to doesn’t have any lines on it and clearly is a tertiary road. But just a little to the left looks like a main road with yellow lines painted down the middle. She hobbles that direction. When she doesn’t see any cars, she decides to keep moving down the road on the right side. ‘Maybe somebody will drive by,’ she thinks to herself.

Finally, a blue sedan, full of people passes her and slows down and pulls over, but way down the road. She had no idea how she looked. Her shirt was torn at the shoulder and she visibly had blood on her arms, face and her left leg. Her leggings that came to her knees covered the fact that her thighs were solid bruises.

She wonders what good these people could do, their car is full of people, she’d never fit in there and there was still the pilot to rescue. There were at least three women in the back with fancy hats on in bright colors. It was a Saturday; it couldn’t be church, so it must’ve been a wedding they were dressed for.  A man steps out of the car and yells to her.

She cannot understand a word that he says. She thinks to herself, ‘I am in America, aren’t I?’ She tried to yell back that she’d been in a plane crash and they needed help, but he acted like he couldn’t understand her. ‘Oh my God,’ she says to herself, ‘why can’t I understand his back woods, country, deep southern, accent? YA THINK?!~  And, why did they have to stop so far down the road, that’s so much further to walk.‘  The man makes no effort to walk towards her.  She just didn’t think she could walk any longer, all she wanted to do was sleep. 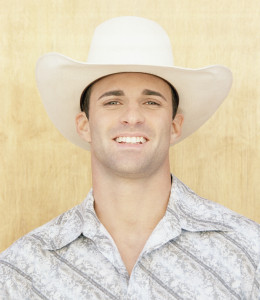 Suddenly she hears gravel crunching behind her. She turns around and is blinded by the sun in the sky but can make out a white Ford pickup truck stopping. She can hardly see as out steps a man wearing what seems to be a white straw cowboy hat. His truck is so close, she wouldn’t have to walk anymore!  He asks clearly, “Are you okay?”  She can perfectly understand him and here he is like the proverbial knight in shining armor. Are you kidding me?