Posted by Heather Harlow on Sep 10, 2015 in Argonians, Book Insights

Rescuing the Argon population depends upon the creation of spacedomes…

The destruction of the Baldracon Universe was imminent.  The Argon scientists worked furiously to prepare their colonies for self-sustainment both in space and on any planet they may find conducive to their needs.   The needed a spaceship that will also serve to support a colony.

Once a planet was found, specific survival technology and guidelines would be key for the colonies to adapt to different planet climate zones.  Their alternate approach was providing the technology to live below a planet’s surface. 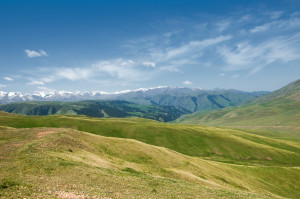 With the tools and technology to live underground in any temperature zone, the colonies could adapt to almost any planet, if they can get below the surface. If they could find a planet with a moderate temperature.  If they could burrow into the ground and set up their colony. Some planets would be too hot and some would be too cold, but with their special technology, as long as there was a solid planetary crust they could dig beneath…

However, their people wouldn’t be able to find a planet without transportation.  Given the space ships would be on extended journeys into far reaching, unknown galaxies, not only did they need transportation, but they needed to be able to house and sustain an entire colony.

The colony space ships, called spacedomes, were designed to be self-sustaining for Argonian life.    One of the particularly challenging tasks the Argonian engineers had to overcome was the creation of a biosphere that would be able to produce an endless supply of food, fuel, and light.   They needed a delicate balance of ultra violet rays, water, and food to survive.

The Argonians depended more heavily not on a healthy sun and unfiltered rays, but water. While, they only needed a minute amount of unfiltered rays, the scientists had easily developed a way to artificially emit those rays through special lighting now used throughout the Argonian spacedomes. However, water was essential and developing a device to produce it was essential.

Through a a design process requiring many long hours and extensive collaboration of the most brilliant Argonian scientists and engineers, a solution was discovered.  The use of a dome like structure where the ship’s humidity would be collected until cold air shot into it would create the air to condense into water.  Essentially, it was the first steps Argon had made in the direction of weather making machines.   The ship’s strange dome structure needed for water creation, sparked the name: “spacedome”.  Thus, spacedome became the name of the self-sustaining colony ship capable of transporting an entire colony light years away to far reaching solar systems. 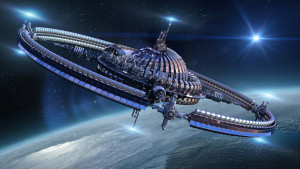 To protect each spacedome, the communication links were specially encrypted so the spacedomes would not be in jeopardy of being found.  The Argon communication plan called for the spacedomes to have limited communication.  They were to conference once every ten years.  Each dome would be expected to adapt to planetary life and enhance living for all Argonians and planetary beings.  However, the ultimate goal was to settle on one solar system and one planet where all the spacedomes would relocate.  While the scientists had targeted several different solar systems, it wasn’t a guarantee there’d be a planet they could survive on.

The Argonians had been studying and visiting Earth for many millennia.  This was their best bet for a planet able to sustain their people. The spacedome sent to the Milky Way was named The Spirit’s Destiny.